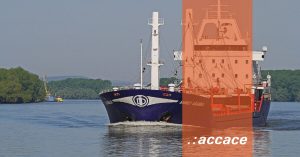 As of January 2019, an amendment fundamentally changing the calculation of so called super-gross salary of the employees subject to the social and health insurance system of another EU Member State entered into force in the Czech Republic.

In December 2018, the president of the Czech Republic, Miloš Zeman, signed an amendment to the Czech Income Taxes Act that was essentially designed to help Czech shipbuilders working in the Netherlands to relieve their tax burden. However, it will unfortunately lead to administrative complications for a large number of companies.

The amendment fundamentally changes the method of calculation of super-gross salaries of the employees subject to the social and health insurance system of another EU Member State, i.e. holders of A1 certificates issued abroad. Generally, this will affect foreigners, who as employees work simultaneously in more than one EU Member State, who are temporarily assigned to work in the Czech Republic or who are statutory representatives of Czech companies, etc.

However, starting from January 2019, the gross salaries of these employees will have to be increased by the actual contributions paid by the employer in another EU Member State. This will cause greater administrative burden to many companies and also to the Czech Tax Authorities. Accountants will have to find contribution rates of the relevant EU countries when calculating payroll tax withholdings for January 2019. Due to the fact that the contributions paid in the Czech Republic are one of the highest in the EU, the tax liability of such employees may actually decrease in some cases. For example, in a situation where only the employee contributes to the social security and health insurance system (e.g. Romania).

It is still unclear how to proceed in some more complex situations, e.g. when an employee reaches the social security ceiling based on his foreign income and no contributions from Czech earnings will have to be paid.

As mentioned above, this amendment will only affect employees working in another EU Member State. For those employees, who are subject to the social security and health insurance system of a non-EU country, the super-gross salary will continue to be determined based on gross salary increased by fictive Czech contributions.

Case law: The concept of super-gross salary does not apply to third-party transactions

We have recently informed you of the decision made by the Regional Court in Hradec Králové regarding the application of super-gross tax base to benefits provided to employees by third parties. In the initial proceedings, the Regional Court agreed with the tax administrator to assess additional tax on income from dependent activity to a company that had provided benefits to the employees of another company. The company taxed the non-monetary benefits without increasing the tax base by the employer’s contribution to social security and health insurance (i.e. not applying super-gross salary as the tax base).

According to the Supreme Administrative Court, the company cannot be considered an employer for social security and health insurance purposes. In order for a company to be regarded as an employer, it must not only provide income from dependent activity, but this income must be derived from the employee’s work for this employer.

Thus, the Supreme Administrative Court confirmed the procedure which we often recommend to our clients – third-party benefits have to be taxed but without increasing the tax base by the employer’s contribution to social security and health insurance.

Contact us to find out how can we work together!

2020 payroll calculator for the Czech Republic