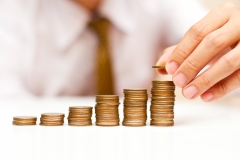 Bucharest, August 25, 2014 – According to Accace, one of the leading outsourcing and business advisory companies in Central and Eastern Europe, advisory services provided to foreign investors for entering the Romanian market increased by 30% in the first semester of this year, compared to the same period of 2013, mainly due to the adverse events in the region, such as the military conflict in Ukraine or the nationalization measures announced in Hungary.

„The first six months of 2014 were more dynamic than the same period of 2013 regarding the interest of foreign investors for the Romanian market, with them perceiving us as the most stable country in the region. Thus, we saw an increase of advisory services, such as those for establishing new companies or drafting analysis regarding legislation and taxation in Romania, and the number of requests from investors who want to enter the local market and who are interested in the business environment in our country is continuously increasing”, said Bogdan Badea, Managing Director Accace in Romania.

According to him, the situation that had the highest impact on the degree of attractiveness of countries in the region was the one in Hungary, which despite the attractive image it managed to build in the past years, managed to create instability and uncertainty among investors in a relatively short time, due to recent decisions of the Hungarian government.

In addition to external developments, there has been a number of internal factors that contributed to the increase of Romania’s attractiveness to foreign investors. They are primarily related to the reduced labor costs in relation to the training and knowledge of foreign languages of local professionals, as well as the cost/quality aspect of local office spaces, which is one of the best in the region.

However, despite the favorable factors, foreign investments in Romania decreased by 10% in the first six months of this year. “The increase of Romania’s attractiveness to foreign investors does not automatically guarantee the actual investments being made. The investors are interested but they are sitting on the fence, one of the reasons for this being the elections this fall”, Bogdan Badea explained.

Outsourcing centers, another industry of interest to investors, in addition to IT and agriculture

Regarding the areas of interest for investors in the first semester of 2014, in addition to IT and agriculture, an industry that continues to develop is the outsourcing one. In this regard, more and more companies are examining the Romanian market for the opening of local centers or are actually opening such centers.

“Even the already existent centers are growing exponentially, leading to labor specialization in this domain, which is a big advantage for companies that want to enter the local market, because it will be easier for them to find experienced employees”, Bogdan Badea added.

However, there are a number of risks that could reduce Romania’s attractiveness in terms of investment. On the one hand, the tax uncertainty that is characteristic for our country does not create a positive image in the eyes of investors. On the other hand, there is the much debated issue of bureaucracy, due to which Romania is losing ground to some countries in the region that managed to streamline processes, thus making taxpayers save time.

“In order to attract foreign investment, we must strive to create a favorable environment in which a company would be willing to invest because it sees a high potential on the long run, and not just cheap labor force and a lower instability than in the rest of the region”, Bogdan Badea concluded.