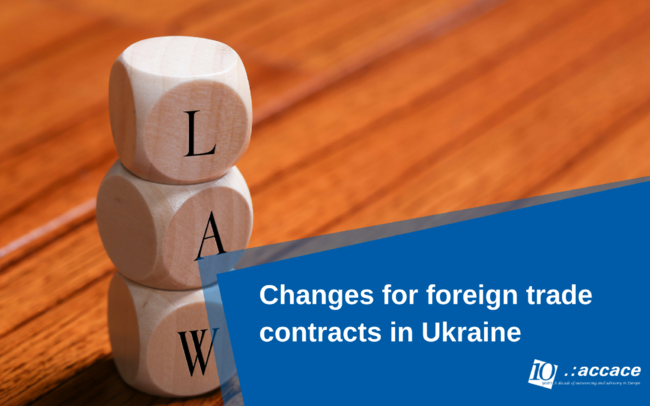 As of January 4, 2017, FEA-contract can be concluded in written or electronic form, and for services – by adopting a public offer or invoice. It was established by the Act № 1724-VIII from  March 13, 2016,   with the title “On Amendments to some Laws of Ukraine regarding the elimination of administrative barriers to the export of services.” Appropriate changes were made to the Laws №959 and №2709.

The definition of FEA-contract was changed.

Therefore, according to an updated version of the Part II of the Art. 6 of the Law № 959 FEA-contract – in addition to the traditional simple written form – can also be made:

Based on the above mentioned, the provisions of the Law № 959 will make the procedure of FEA-contracts formation and export operations with Ukrainian entities easier.