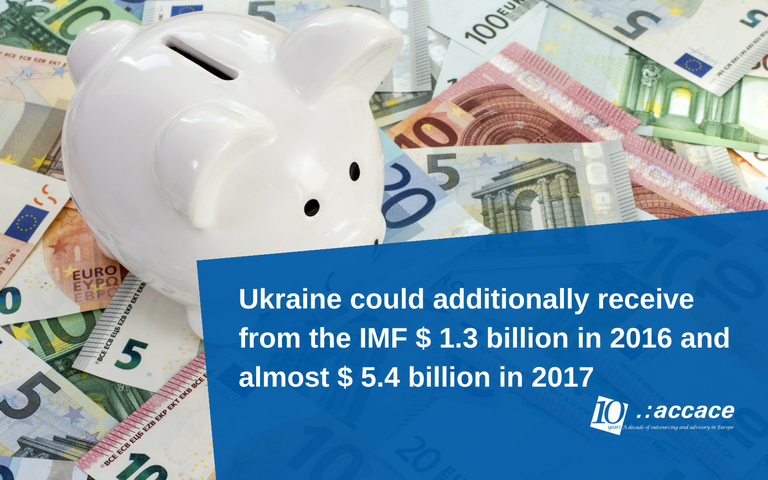 Ukraine only needs to successfully implement all the steps of economic development program in order to get these investments. The appropriate schedule was officially published on October 3, 2016 by The International Monetary Fund as part of the materials of the program’s second revision.

If Ukraine meets certain performance criteria, it will receive quarterly funding. According to the schedule, which was published, the largest amount of the tranche Ukraine will be able to receive in the first quarter of 2017 will be more than $ 2 billion.

There is also noted that, except of $ 1 billion, which has already attracted from the placement of Eurobonds by the US guarantees, Ukraine can be given € 600 million of macro-financial assistance and $ 100 million as a credit from the Swiss National Bank to the National Bank of Ukraine.

According to the optimistic scenario of Ukrainian development, our country will also be able to expect a help from other international creditors in the amount of $ 3.3 billion in 2016, $ 2.5 billion in 2017 and $ 2.1 billion in 2018.

The main question is whether this funding will be received by our state, and the answer to it will depend directly on the EFF program progress and implementation of other conditions. Unfortunately, according to the published materials, Ukraine has broken several structural indicators and several other obligations, which was promised to meet by the end of September.