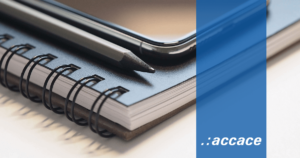 The submission of APA application by December 31, 2019 will exclude the restrictions from art. 15e of the CIT Act regarding acquired intangible services and licenses for 2018 and 2019.

Exclusion of restriction according to art.15e o the CIT Act

The exclusion is a direct result of the bill on the settlement of disputes regarding double taxation and the conclusion of advance price agreements (APA), which have been adopted by the government and submitted to the Polish Parliament on August 23, 2019.

In accordance with the applicable legal status, taxpayers shall be obliged to exclude from the tax deductible costs the expenses on intangible services, such as e.g. consulting, management, certain categories of licenses incurred for the benefit of the related subjects. These limits have been in force since 2018 and result from art. 15e of the CIT Act.

The only way for Polish companies to avoid these restrictions is to obtain an APA decision, which confirms the correctness of calculation of the remuneration for those services between related parties. The APA decision would simply allow you to fully deduct the costs listed above (Article 15e of paragraph 15 of the CIT Act).

The new draft law provides a definite change in the existing rules:

The described changes are still to be adopted by the government, submitted to the Polish Parliament, but the content of the provisions justifies to take action to submit the APA application before the end of 2019. Such action will allow the taxpayers to take advantage of the exclusion indicated.

Should you have any questions or doubts, Accace tax team will be happy to help. 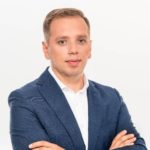 Main statements and payments due in December 2019

What deadlines do Romanian employers have to meet for reporting in Revisal?

Summary of the most important tax changes in Poland from August and September, 2019 | News Flash

And if you are not happy with our newsletter, you can unsubscribe anytime. Here are more details about how we handle your data: Privacy policy | GDPR statement.

Already subscribed? Confirm your e-mail address below and you will receive your PDF directly in your inbox.

And if you are not happy with our newsletter, you can unsubscribe anytime. Here are more details about how we handle your data: Privacy policy | GDPR statement.

Already subscribed? Confirm your e-mail address below and you will receive your PDF directly in your inbox.