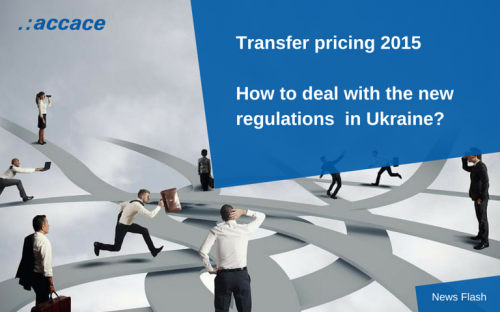 Submission of report on controlled transactions

The taxpayers engaged in the controlled transactions shall keep and maintain documentation on transfer pricing. At the request of the central executive authority, the taxpayer within one month from the date of receipt shall submit documentation on specified controlled operations, mentioned in the request. The request shall be sent no sooner than May 1st of the year coming after the calendar year in which this controlled transaction(s) has been carried out.

According to the Tax Code the reporting period is the calendar year. If the taxpayer fails to submit report and/or mandatory documentation on the controlled transactions carried out during the year, or fails to include to this report information on all controlled transactions implemented during the reporting period, he shall be obliged to pay a fine:

According to the current legislation the controlled transactions are:

The list of such states / territories is disclosed publicly every year in the official publications and on the official webpage indicating the CIT rates. The information on the change of tax rates is published during three months from the date of change.

In May 2015, the Cabinet of Ministers of Ukraine updated the list of countries the trade transactions with which is subject to special tax control. As stated in the executive order No.449 published on the Cabinet’s web-portal over 70 countries included into this list.  Apart from island offshore countries the list includes also a number of European countries – Austria, Andorra, Bulgaria, Bosnia and Herzegovina, Ireland, the Spanish Canary Islands, Cyprus, Kosovo, Liechtenstein, Luxembourg, Macedonia, Malta, Moldova, the autonomous region of Madeira (Portugal), San Marino, Montenegro, Switzerland. The Middle East and Asia – Qatar, Bahrain, Brunei Darussalam, a special region of China Hong Kong Special Region of China Macao, Morocco, UAE, Singapore. Republic of the Caucasus and Central Asia – Georgia, Kyrgyzstan, Turkmenistan, Uzbekistan. Countries in Africa – Liberia, Lebanon, Lesotho, Sudan and South America, Panama, Paraguay and Jamaica. It is worth noting, that upon the decision of the Cabinet of Ministers which comes into force from August 1, 2015 Austria shall be excluded from this list of offshore countries.

Business transactions shall deemed to be controlled ones if they meet both following conditions:

«Transfer pricing documentation» (a set of documents or a single document), is prepared in optional form and shall contain the following information:

c) description of the transactions, conditions for their implementation (price, time frames and other specific terms set by the legislation of Ukraine binding for agreements (contracts);

i) results of the comparison study of commercial and financial conditions of the transaction;

j) information on the carried out by the taxpayer independent or proportionate adjustment of the tax base and tax amounts.

One of the following five methods can be used to find out that the conditions of the controlled transaction follow through with the arm’s length principle:

Read more about taxation matters and legislative changes in Ukraine that may affect your business: