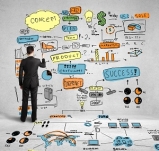 The final version of the Advertising Tax Act was enacted on 15th July 2014, and take into effect from 15th August, 2014. We summarized below the most relevant administrative liabilities due in the near future, and the uncertainties around the interpretation of the Act.

Published sample of the return

The sample of the applicable return has been released on the official website of the Hungarian Tax Authority. This return sample shall be used to declare the tax advance, the top-up, and the final tax for 2014, the tax advance for 2015, as well as to file the monthly declaration of the tax payable by the advertiser purchasing the publishing service in certain cases.

It is important to note that taxpayers may be released from the obligation of tax payment and tax return filing if their tax base does not reach HUF 0.5 billion, though they are not released from the administrative obligations if they qualify as persons taxable by advertisement tax and, in the case of related parties, all taxable persons must perform calculations, keep relevant documents, and file zero tax return, even if they do not carry out taxable activities at all. For the first time, tax advance needs to be reported by August 21, 2014, in which taxpayers declare whether they will expect any tax liability for 2014, or not (i.e. exceeding the HUF 0.5 billion). The first installments of tax advance (if any) should also be paid by the above deadline.

According to the finally accepted version of the Act, the liability is extended to the advertiser who orders the advertisement, and willing to tax the purchase of  the publication of the ad on the following conditions: if the advertiser orders the publication of the ad from a taxpayer or service provider that fails to declare (in the invoice or other accounting document) that it is subject to the advertising tax and fulfils its tax obligations as per the respective regulations, the advertiser will be liable to pay the tax. The tax base will be the part of the aggregate monthly advertising consideration exceeding HUF 2.5 million, and a 20% tax rate will apply. In addition, the consideration for services received without a statement on tax liability will qualify as a non-business expense for corporate income tax purposes (irrespective of any thresholds).

Advertiser company becoming a taxpayer as described above needs to file a monthly tax return, at first by September 20 for the period of 15 to 31 August 2014. Although, such taxpayer do not need to apply the tax advance, top-up and final tax return obligations.

According to the final wording of the Act, we would highlight the most important legal uncertainties it still fails to clear:

becomes subject to advertisement tax. Having regard to the fact that most entities pursuing economic activities advertise themselves in some way, many may become subject to the new tax type.

It may happen that Tax Authority will clear the interpretation by issuing guidelines to the Act (even in the filling manual to the return) later on. However, if the above uncertainties can likely result in significant tax risk at your Company, we suggest that non-binding guideline request clarifying your case should be submitted to the Tax Authority on an anonymous basis.