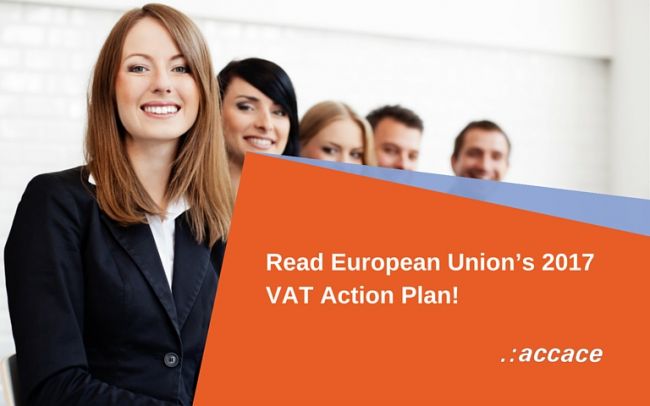 Pierre Moscovici, the Commissioner for Economic and Financial Affairs and Commissioner for Taxation and Customs announced the European Commission is planning to introduce a new, simplified, more fraud-proof and business-friendly VAT system. This recent proposal aims to modernize VAT regulations and to format a much more fair market conditions.

Nowadays the common Value Added Tax (VAT) system is one of the most important factors in Europe’s Single Market, as this is a significant source of revenue in the European Union in 2014, the amount almost reached 1 trillion EUR. The system was originally designed to abolish the hinder of free movement of goods and to turnover tax inspections at internal borders. However, after the appearance of digital trade and the continuous global economical development, the system started to lapse and the holes between legislations gave an opportunity to be opened to fraud.

Because of these reasons, the Commission has been pressing the reform of the VAT system for several years, and according to the European Parliament and the Council’s point of view: “any future VAT system should be based on the principle of destination, i.e.: where the goods or services are consumed”

The main goal of the action plan is to keep pace with the digital and mobile economy, to facilitate the European cross-border, to support the Single Market and to identify the key principles for a future single European VAT system. The report included that beyond that the current system has a considerably high administrative burden, in 2013 the difference between the expected VAT revenue and the actually collected VAT was almost 170 billion EUR, and the amount of VAT loss of cross-border frauds was almost 50 billion EUR.

Key elements of the Action Plan:

The current cross-border trade system came into force in 1993 and was only meant to be a transitional system, so it’s not surprising, that besides the changes of the trading conditions since that, this system is now outdated and no longer except frauds.

Therefore the European Commission is planning to present its proposal on the definitive rules for the single European VAT area in 2017, with the cross-border transactions continue to be taxed at the destination state, but the method of tax collection will be changed to be a more fraud-proof system. Furthermore in the future, a web page will be implemented to help the administration and management for both businesses and member states.

According to the plans, the future new system could reduce the cross-border fraud by 80%, (by nearly 40 billion EUR) and minimizing the loss of income in the states, while in the future the Commission will purpose and introduce other, much more traceable measures to reinforce the current tools used by the member states.

According to the current legislations in force, member states cannot deviate from the pre defined list of services and goods, to which reduced or zero VAT rate is applied, but the Commission’s new framework modernization will ensure higher flexibility.

Two alternatives came up in the proposal:

It is important to mention that the current zero and reduced VAT rate would remain in both alternatives.

The current complex rules of the EU business system makes much difficult to ensure compliance, so to avoid these difficulties, by the end of this year, a legislative proposal will come forward about to simplify and modernize the rules of cross-border e-commerce. The proposal will ensure the equal treatment for e-publications and physical publications and will include a VAT simplification package for small and medium sized enterprises to make the cross border trade administration, planning and execution simpler and clearer.

Several questions may arise and some details should be clarified about this plan in the future, but clearly we can see that a process has been started and if it comes through it can result in a single European VAT system, that can be a huge milestone in the life of the European economy.

If you have any additional questions about this action plan, please contact us, our advisors would be pleased to help you!