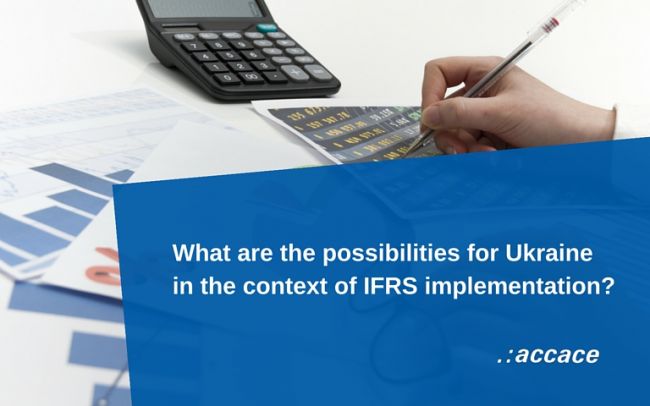 This was evidence by the results of a special survey conducted by the Korea Accounting Institute, on behalf of the Korean Council for Financial Reporting Standards (KASB).

In South Korea, international financial reporting standards since 2011 and since then, foreign investors have significantly increased their presence in the capital of companies – including small companies with assets of less than 100 billion KRW, or $ 85 million. The reason is obvious: improved access to financial information. The head of the IASB Hans Hoogervorst said, “It’s nice to see that Korean companies get their profits from five years of full acceptance of IFRS. Now there is empirical evidence that the transition to IFRS did Korean firms more attractive to foreign investors, with whom they are now able to share, efficiently and transparently, information via a global accounting language. ”

In Ukraine, the IFRS are an affordable tool for all companies since 2012, but unfortunately, the political sequence of events and the revolution of civil society consciousness delayed positive effect on their full implementation for several years. Since 2016 active discussions on this topic among experts in Ukraine resumed after all among the positive effects of acceptance IFRS:

The first stage of implementation has already passed – a stage of implementation the macro level – any Ukrainian company already has the right preparation and presentation of financial statements based on IFRS. The current situation is gradually introducing the micro level – the introduction of directly to enterprises. Phased implementation on the one hand has a very positive impact – to make decisions, on the other hand – the protracted process makes it harder to determine its effectiveness and efficiency. However, to date, the main unresolved problem is the lack of a balanced approach to the manner and forms completeness of reporting. In turn, more and more companies with foreign capital are moving to IFRS in order to have a dialogue with investors in one language.