In December 2022, we informed you in our News Flash about the amendment to the VAT Act, which, among other things, brings an important change from January 1, 2023 for VAT payers who have deducted input VAT from received supplies and at the same time have not paid their suppliers for these supplies.

Since the obligation to return the deducted VAT represents a significant limitation of input VAT deduction compared to system applicable until December 2022, and for thousands of VAT payers might lead to an additional VAT payment to the state budget already in the VAT return for January 2023, we bring you a summary of the most important highlights on this topic.

Pursuant to the VAT Act valid from January 1, 2023, the VAT payer has the obligation to return the VAT deducted from the received supplies based on supplier invoices issued with Slovak VAT, if there is more than 100 days from the liability´s due date. 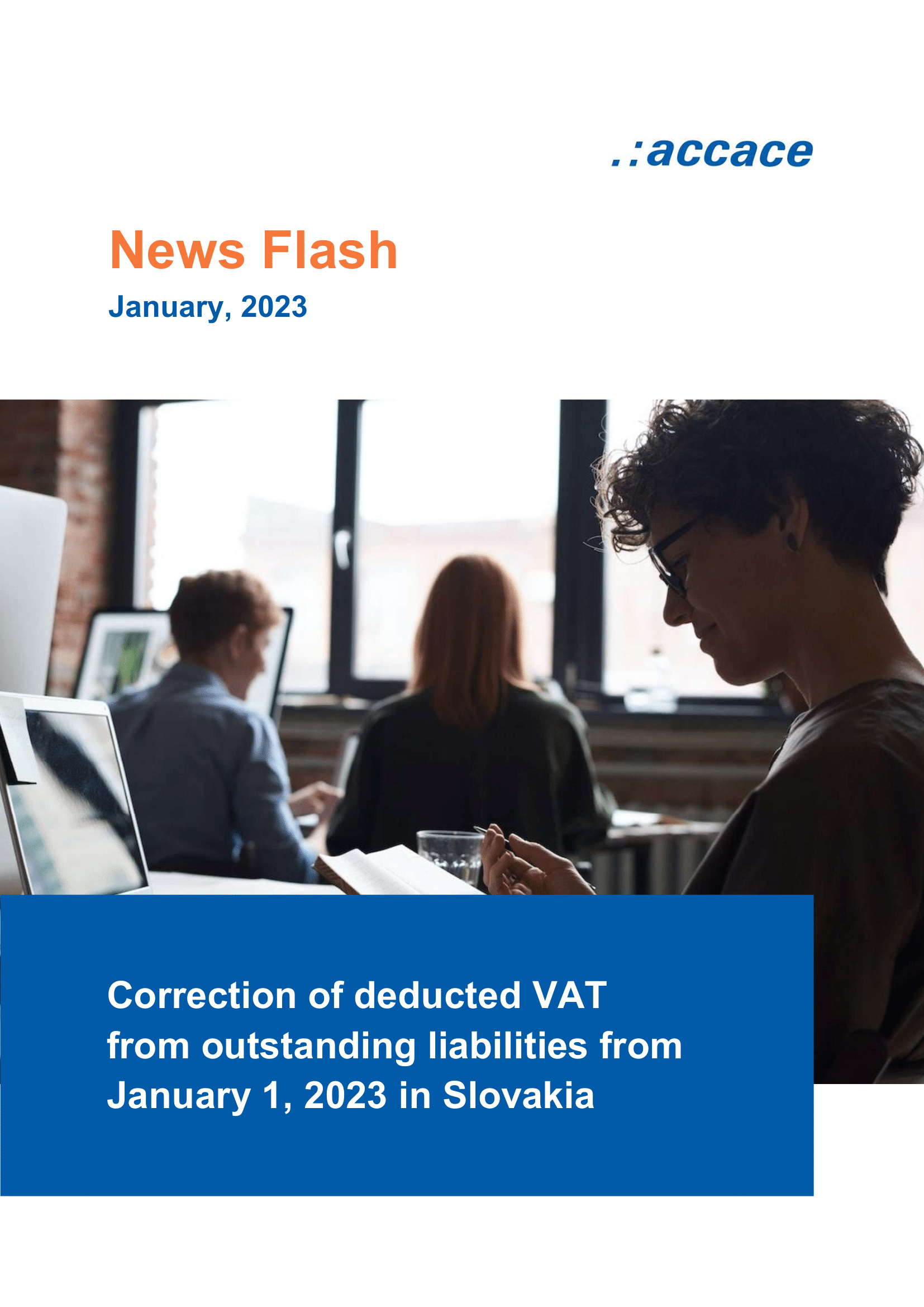 This obligation shall be proceeded in the tax period in which 100 days since the due date of the liability occurs. To avoid retroactivity, the correction of the deducted VAT shall not be applied to older liabilities for which 100 days from the due date occurred before January 1, 2023. The amended VAT Act only requires the refund of the deducted input VAT in case of unpaid liabilities that exceed 100 days from the agreed due date after January 1, 2023, and at the same time these liabilities will not be paid by the end of January 2023.

In such a situation, the VAT payer will be obliged to correct the deducted input VAT in the VAT return for January 2023 to the extent of the unpaid liability, for which 100 days have passed since the due date in January 2023.

Subsequent payment of the obligation

If, after the VAT payer has returned the deducted VAT to the state budget, partially or fully pay  for the liability to his supplier, the VAT payer has the right to correct the corrected input VAT, i.e., additionally deduct the VAT amount again. The VAT payer (customer) will be able to additionally claim input VAT deduction to the extent in which he paid the liability, namely in (i) the tax period of the payment, if he has not received from the supplier a document on the correction of the tax base for uncollectible receivable by the deadline for filing of the tax return, or (ii) in the tax period in which he received a correction document from the supplier on the correction of the tax base due to the fact that he received payment in connection with the uncollectible receivable.

Situations to which the correction of deducted VAT does not apply

With regard to the system of VAT, the correction of deducted VAT does not apply to overdue liabilities, in which the transfer of the tax liability to the recipient (reverse-charge) is applied, i.e. the recipient of the performance is responsible for the payment of output VAT.

Corresponding adjustment in the amendment to the VAT Act for suppliers

In conclusion, we would like to draw your attention to the fact that based on the above-mentioned amendment  the obligation to return the VAT deducted from unpaid invoices will be stricter to the customers, but at the same time, for the suppliers there will be easier to obtain the VAT from the state from supplies for which they did not receive payment.

However, the right to refund the paid output VAT arises to the supplier later than the customer’s obligation to return the deducted input VAT, namely after 150 days after the receivable is due. In addition, the VAT payer – supplier, must prove that he has taken any action to collect the claim, and for claims worth more than EUR 1,000 (including VAT) he must meet other legislative conditions set out in the VAT Act (execution proceedings, court action).

For more information about the supplier’s right to refund paid VAT, read our article, in which we informed about the changes in the VAT Act. 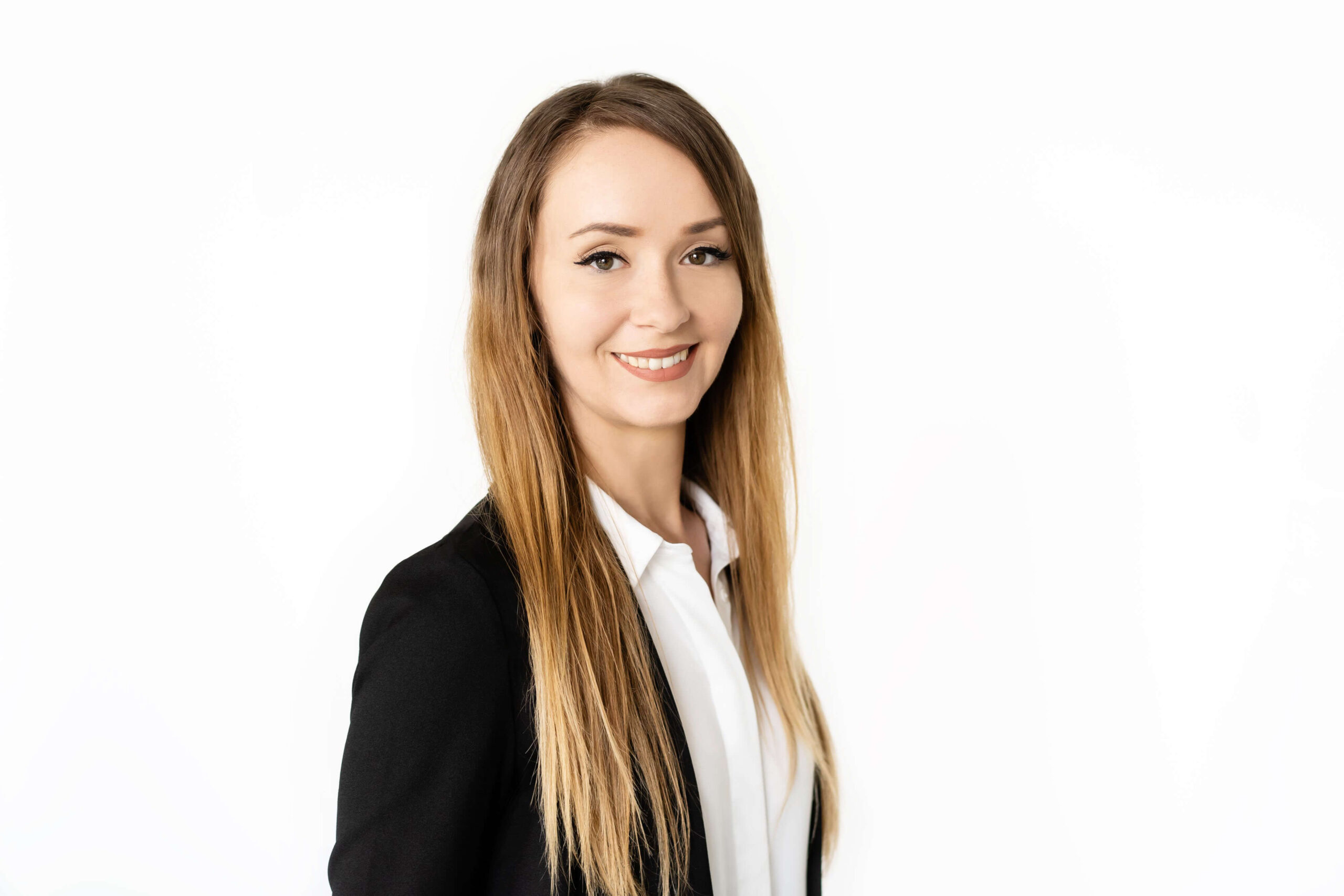