Recently, an idea to move in a direction of so-called Estonian way of taxation once again appears in Slovakia. To be honest, the proposals we have read so far from politicians are far from the system that works in Estonia. Therefore, it is suitable to at least shortly describe how such a way of taxation works in this Baltic country.

A distinctive way of taxation

It must be noted that this distinctive system of corporate income tax was introduced in 2000 in Estonia and it is based on a principle that companies don’t pay income tax on unpaid profits. Corporate tax base is therefore set at 0 % and the subject of tax are only dividends, or “expenses” considered as so-called “hidden” profit distribution.

In Estonia, there is no exclusion and the rule applies to incomes from active business activities, incomes from passive investment or so-called capital gains from sale of assets. It is important to mention, that unpaid profit in a such way is not a subject to yearly taxation and it is also not important, if these profits are reinvested abroad or in Estonia (note: the exclusions may be applied only to so-called tax havens). 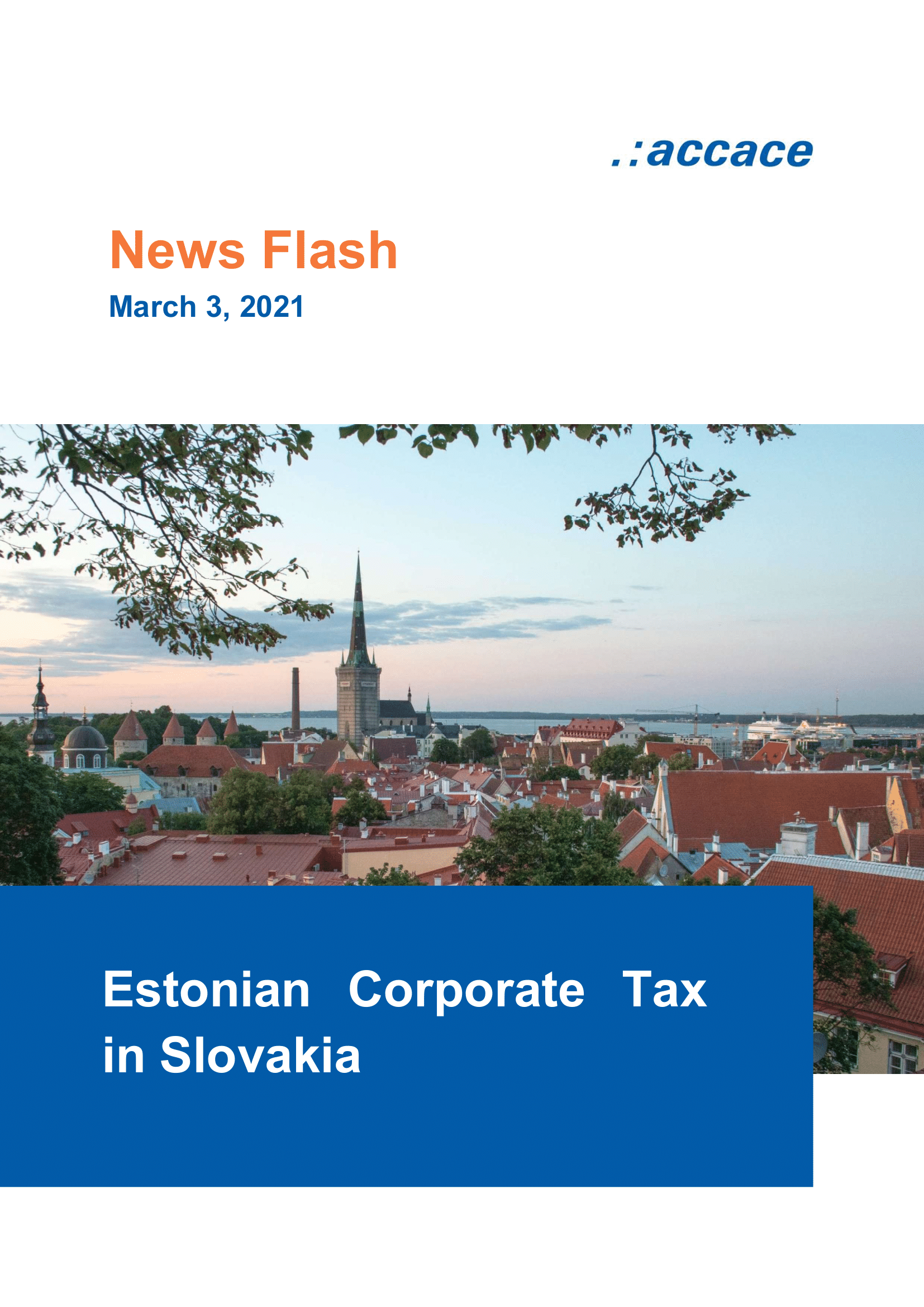 The corporate income tax is payable monthly based on a submitted tax return which shall be submitted by the 10th day of the following month. In Estonia, there is no so-called annual tax return filling (with an exception of so-called hybrid mismatches, thin capitalizations, and CFC rules), traditional deductible and non-deductible items to the tax base, or amortization of tax losses. As already mentioned, even so-called non-tax expenses (e.g. representation expenses exceeding established limits) are subject to income tax calculated monthly. Simply put, the company´s non-tax expense is taxed based on monthly submitted tax return, always after its end. Probably the most interesting part of the tax law is the taxation of profit distribution. If an Estonian company makes a profit intended for distribution, e.g. in the amount of EUR 100,000, in fact, it can pay the value of EUR 80,000, while the amount of EUR 20,000 will represent the amount of income tax (rule 20/80) to be paid by the above-mentioned 10th day following the month of payment.

An incentive for companies

As an incentive for a regular distribution of corporate profits, the Estonian government has also introduced reduced corporate tax rate 14/86, which shall automatically apply to the value of the distributed profit that is equal to or lower than the average value of the distributed profit for the last three calendar years for which the company was paying the corporate tax, regardless of whether it was calculated on the principle of 20/80 or 14/86 rate. Under certain conditions,  such profits don’t include incomes in the form of dividends received from abroad which are exempt from tax.

In essence, except for the first distribution of profits, a part of the value of dividends distributed is subject to a reduced tax rate of 14/86 and the remaining part is subject to the standard 20/80 tax rate. The tax rate 20/80 or 14/86 is considered as a deferred corporate tax of Estonian companies. We draw your attention to this, because it is often mistaken for withholding tax on shareholders´ dividends. For this reason, this tax can´t be offset against the tax liability of the partner in the country of his tax residence upon receipt of dividends.

In Estonia, there are no rules or restriction on companies debt-to-equity ratio. On the other hand, it must be taken into account, that a loan granted to a parent company or a subsidy might be considered as a hidden dividends distribution, if the substance of the transaction refers to profit distribution, e.g. if the due date of the loan provided to a parent company or a subsidy is longer than 48 months, then it is considered as a hidden dividends distribution and the Estonian company is obliged to prove the opposite. The tax authorities in Estonia provide 30-day period for such a proof. Unless there is a demonstrated interest in repaying the loan or a reasonable ability to repay it, the loan is considered as hidden dividend distributions, which must be taxed in Estonia under the 20/80 rule.

Royalties are subject to the withholding tax of 10 % according to the local Act on income tax, unless the relevant double tax treaty didn’t provide for a lower tax rate, or grants the right to tax the royalties only in the country of the receiver of such a payment. Of course, in Estonia as EU member state, royalties are excluded from taxation if considered as exempt payments between related persons within the EU, with mutual participation of 25 %, provided that the two-year holding period has been fulfilled by the date of payment of royalties.

Capital profits made by a non-resident from the sale of estates situated in Estonia, resp. from the transfer of shares in so-called “real estate corporations” are subject to income tax rate of 20 %. The real estate is a company whose property at the time of the transfer of shares or in the two years prior to the transfer involves more than 50 % directly or indirectly of immovable property in Estonia, with the seller holding at least 10 % share on the company at the time of the transfer. At other times, the capital profits made by non-residents from the sale of shares of Estonian companies are not subject to Estonian income tax.

As can be seen, the change of the system to the Estonian model is very complex and to be effective in practice, it really requires a comprehensive change of tax laws.