From 2021, new institute of so-called “micro-taxpayer” will come into effect in Slovakia and its main purpose is to support SMEs. The micro-taxpayers will gain certain advantages as compared with other taxpayers. We point out that the status of the micro-taxpayer can be gained for the first time in the taxation period starting at the earliest on January 1, 2021. For example, the taxpayers with the financial year starting on December 1, 2020  will have to wait for other 12 months.

On the other hand, regardless of the above-mentioned, the micro-taxpayer is not a taxpayer who is dependant person and who carries out controlled transaction for the respective taxation period, or which was declared a bankrupt, entered the liquidation or was allowed the repayment calendar (in case of debt relief of natural person), respectively, whose taxation period is shorter than 12 consecutive calendar months, excluding death. 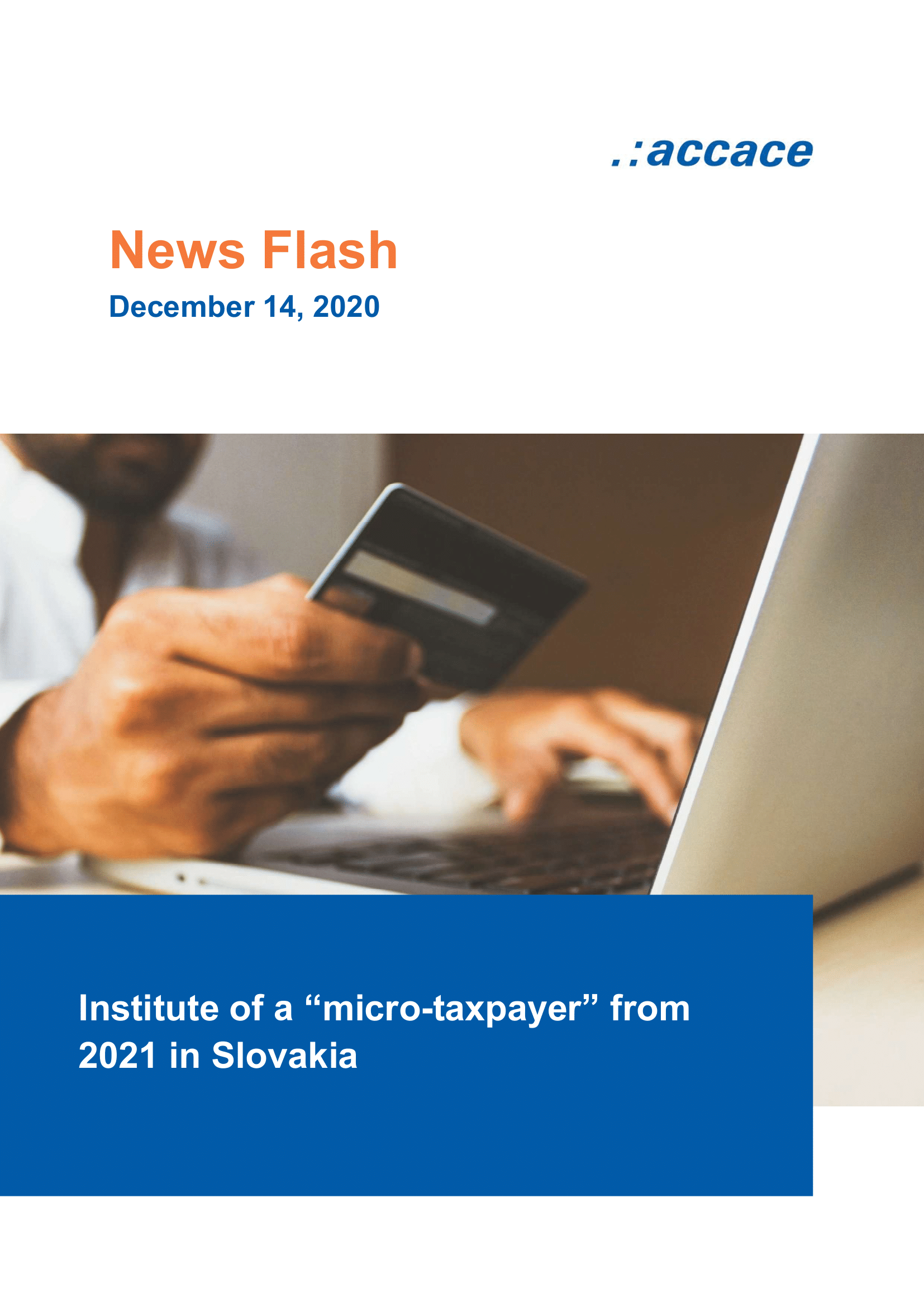 Condition for compliance with absence of a controlled transaction

The most problematic is a condition for compliance with absence of a controlled transaction, since in practice, the controlled transaction might be, for example, also a remuneration paid to the executive manager – a partner in single-person limited liability company. There is thus an assumption that a vast group of taxpayers will be excluded from the tax institute even if the conditions of a taxable income (revenue) for the tax period are met. According to our opinion, it would require a change in law, or methodological guidance, since we don’t assume that the goal of the legislator was to strictly punish any dependant relationship and controlled transaction of the taxpayer.

The tax areas in which the micro-taxpayer can apply the advantage are tax depreciation, amortization of tax losses, creation of provisions and depreciation of receivables. According to our opinion, the possibility of using 15% income tax rate from 2021 only by so-called group of micro-taxpayers is misinterpreted. We are of the opinion, that the tax rate will be possible to apply to any natural person – entrepreneur, self-employed person or legal person with taxable incomes (revenues)  up to EUR 49,790. Of course, due to the nature of the definition of the micro-taxpayer, this tax rate will also apply to micro-taxpayers, but according to us, it will apply to other taxpayers who, for example, won´t pass the controlled transaction test.

Provisions and depreciation of receivables

The micro-taxpayers accounting in double-entry bookkeeping system will be able to claim the creation of provisions for nonexpired receivables and receivable accessories included in taxable income for tax expenses in accordance with accounting. They won´t have to count so-called time tests. Please note, that this doesn’t apply to receivables attained by assignment or receivable that can be offset against with payables due to the creditor. In addition, there is another limit, namely that the preferential regime may be applied to the creation of provisions for the receivables and receivable accessories included in the taxable incomes in the taxation period in which the taxpayer was a micro-taxpayer.